Consumer durables revenues have been growing at a healthy pace
• The consumer durables sector revenues reached US$ 9.7 billion    in FY15 and is expected to reach US$ 12.5 billion in FY16.
• Consumer durable market expected to grow at CAGR of 13 per    cent from FY05 to FY20
• Around two third of the total revenue is generated from urban   population and rest is generated from rural population.
• Samsung has emerged as the market leader in the consumer   durable segment followed by the Indian giant Videocon. 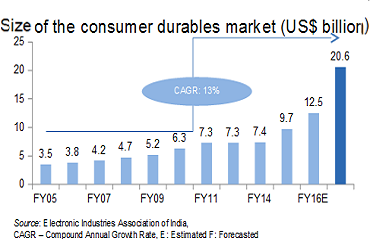 The consumer durables market is expected to reach US$ 12.5 billion in 2015 and US$ 20.6 billion by 2020. Urban markets account for the major share (65 per cent) of total revenues in the consumer durables sector in India. There is a lot of scope for growth from rural markets with consumption expected to grow in these areas as penetration of brands increases. Also demand for durables like refrigerators as well as consumer electronic goods are likely to witness growing demand in the coming years in the rural markets as the government plans to invest significantly in rural electrification.
The FMCG sector has grown at an annual average of about 11 per cent over the last decade.  The overall FMCG market is expected to increase at (CAGR) of 14.7 per cent to touch US$ 110.4 billion during 2012-2020, with the rural FMCG market anticipated to increase at a CAGR of 17.7 per cent to reach US$ 100 billion during 2012-2025.Food products is the leading segment, accounting for 43 per cent of the overall market. Personal care (22 per cent) and fabric care (12 per cent) come next in terms of market share.
Growing awareness, easier access, and changing lifestyles have been the key growth drivers for the consumer market. The Government of India's policies and regulatory frameworks such as relaxation of license rules and approval of 51 per cent foreign direct investment (FDI) in multi-brand and 100 per cent in single-brand retail are some of the major growth drivers for the consumer market.
Thank You 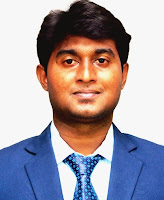 Email ThisBlogThis!Share to TwitterShare to FacebookShare to Pinterest
Labels: Analysis on FMCG

“The first rule of any technology used in a business is that automation applied to an efficient operation will magnify the efficiency. The second is that automation applied to an inefficient operation will magnify the inefficiency.”
Every industry undergoes changes in their trends and their workings. Let’s see a few of the pressing changes in the supply chain industry
#1: Supply Chains will look to Go Digital
Technology has driven a new wave of productivity by digitizing key financial and business processes and enabling collaboration across the organization. This 2016 supply chain trend will continue as best-in-class organizations leverage business networks to create a digital community of partners executing coordinated processes in a more organized and informed way than in the past.

#2: Responding to Innovation & Change but with an Eye on Fundamentals
The ability to accept innovations and take advantage of the synergy effects of individual movements is a core competence of future-oriented companies. Not losing sight of the essentials while filtering out what is personally important, requires our full attention and continual development. Nevertheless, we reach our limits time and again and need support, e.g. from operations research, which provides us with intelligent decision-making algorithms enabling us to keep up with today’s fast-paced operating environment.
Advances in technologies available to optimize supply chains have made faster implementation times a reality

#3: Augmented Reality
DHL (a famous Logistics company) says AR is the future to SCM and its co- activities
DHL looks at the following ways Augmented Reality will provide benefits to the supply chain as listed:

#4: Artificial Intelligence
Huge Investments being made in Artificial Intelligence by many companies including Facebook, Google, Apple, Tesla, and many many more companies. Machine vision and robotics are already in use around us, most notably in industrial applications, including the warehouse, as well as facial recognition systems used by law enforcement.
And further, that advent of  Industry 4.0 and Smart Factories all powered by the Internet of Things will make running a supply chain as easy as pushing buttons (of course this all means it was set up correctly!). The use of Artificial Intelligence seems almost endless, but be on the lookout for some serious applications in the supply chain for 2016.

#6: Procurement’s New (read Bigger) Role in the Supply Chain
Think purchasing & procurement and often what comes to mind is the struggle or battle to make a supplier give you materials or services for the lowest amount of money possible.
GE is deploying strategies like purchasing small suppliers that provide critical parts or services. None of those strategies work without a strong procurement practice that is integrated with other supply chain processes.

#7: Collaboration Continues to Take Center Stage for Efficient Supply Chain Management
Speaking of supplier collaboration, many companies have taken steps to improve the efficiency and effectiveness of their supply chain operations by automating key processes beyond procurement to areas such as with orders, invoicing, and payment. This is with good reason backed by data.
Thank you 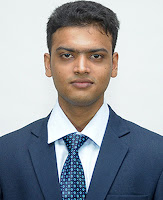 VARUN S
varunsc1794@gmail.com
Posted by School of Management at 02:03 No comments:

Market Instability Due to Brexit and GST

In the last few months we have seen two very important economic events occur, one a global event which is Britain’s exit from the European Union and Another a national event which aims to make the Indian economy an attractive place for investment which is the approval of GST (Goods and Services Tax) by the parliament which makes the indirect tax system a much more transparent procedure. Apart from the two large events the spark of Raguram Rajan’s exit from the RBI is not seen as a relief during this time of global instability.


The Rupee has seemed to weaken a bit and had fallen against the dollar to 67.97 but seemed to stabilize again. Though there is no direct threat of the rupee against the fall of Brexit, it can be seen that a global crisis will affect it indirectly from economies like USA and Russia from which India has direct relations. It will also affect the inflow of foreign investment at least for a while and hamper the growth of policies like make in India. Though the market sentiment holds that the Brexit in the long term is good for India and the market can use it to an advantage for better access to both the UK and EU. 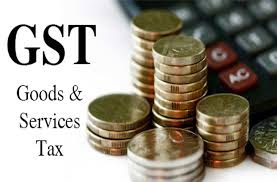 GST will definitely see a positive impact in the manufacturing sector and especially in the transport and logistics sector can see an improvement. It will also aim to bring together the various states and also make for easy compliance and reduce the cascading tax on tax problem faced. It will also make the Indian goods available at competitive prices in other foreign market. It will also boost India’s GDP and assist in the collection of tax thus also increasing the revenue for the government.

Thus my overall view is that even though there is a lot of market instability, it seems as an opportune moment for India to make use of the available advances and gain revenue overall. 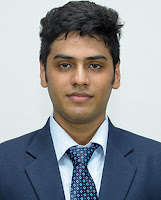 Posted by School of Management at 01:39 No comments:

A WARM WELCOME TO ALL VIEWER....

Welcome to the official blog of School of Management, D G Vaishnav College. We call it Management By Attitude, or MBA for short.

Attitude is one key element that is missing in most managers today. D G Vaishnav prides itself in grooming managers with the right attitude apart from equipping them with the usual managerial skills which will carry budding managers to distant shores.

Here you can find a plethora of articles, essays, thoughts and videos related to the field of management. The blog is regularly updated with articles tailored to suit the current scenario. The ultimate aim of this blog is to appeal to all readers irrespective of their knowledge in the subject matter.

Hope you have a great time going through all that we have to offer. Feel free to leave your thoughts and comments for improving reader experience.

Happy reading!
Posted by School of Management at 02:57 No comments:

Email ThisBlogThis!Share to TwitterShare to FacebookShare to Pinterest
Labels: Welcome

Art of Investing in Indian Market Explained By Mr.Vijay Kedia

Posted by School of Management at 02:46 No comments: